L 'Chefs s.r.o. was established as one of the other startups of the investment company M.K. Invest Group. 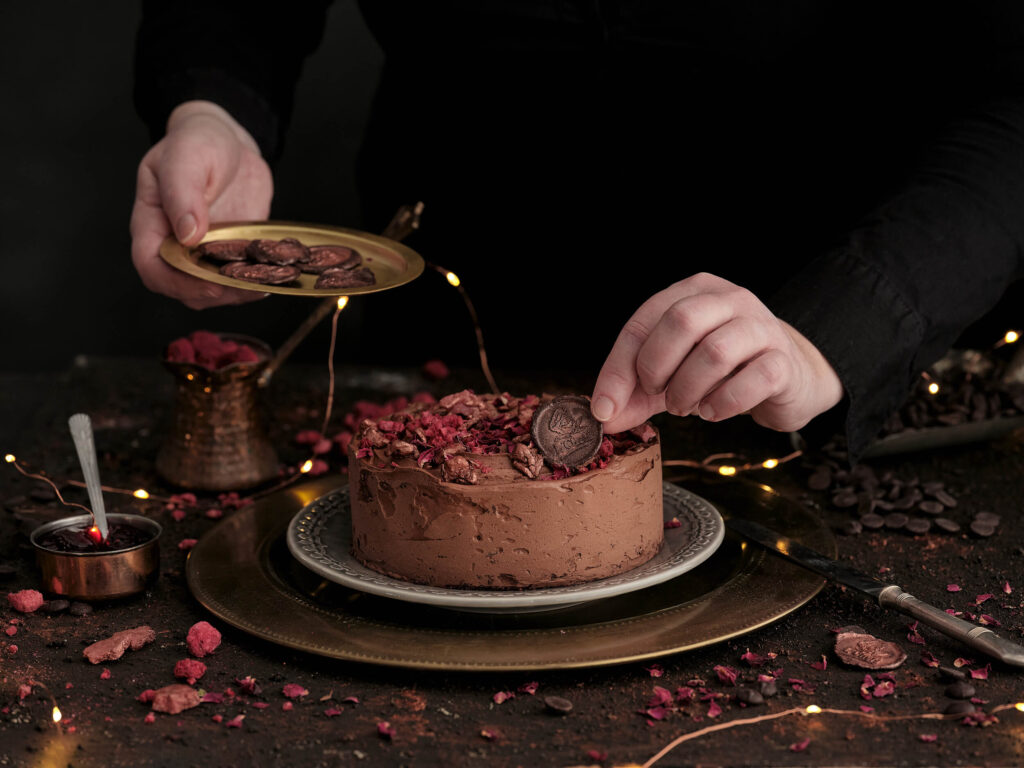 Our mission is to show people that quantity need not come at the expense of quality. We follow the sustainable road of an honest modern confectionery, where emphasis is placed on quality, taste and design – at affordable prices.

We believe we’ve been successful since the beginning – you’ve had the opportunity to buy our products in large supermarkets, cafés and cake shops in Czechia and Slovakia starting from 1 March 2021.

We bake locally and sell globally!
A modern confectionery without compromise is our way. We are very demanding as regards our raw materials and craftsmanship. 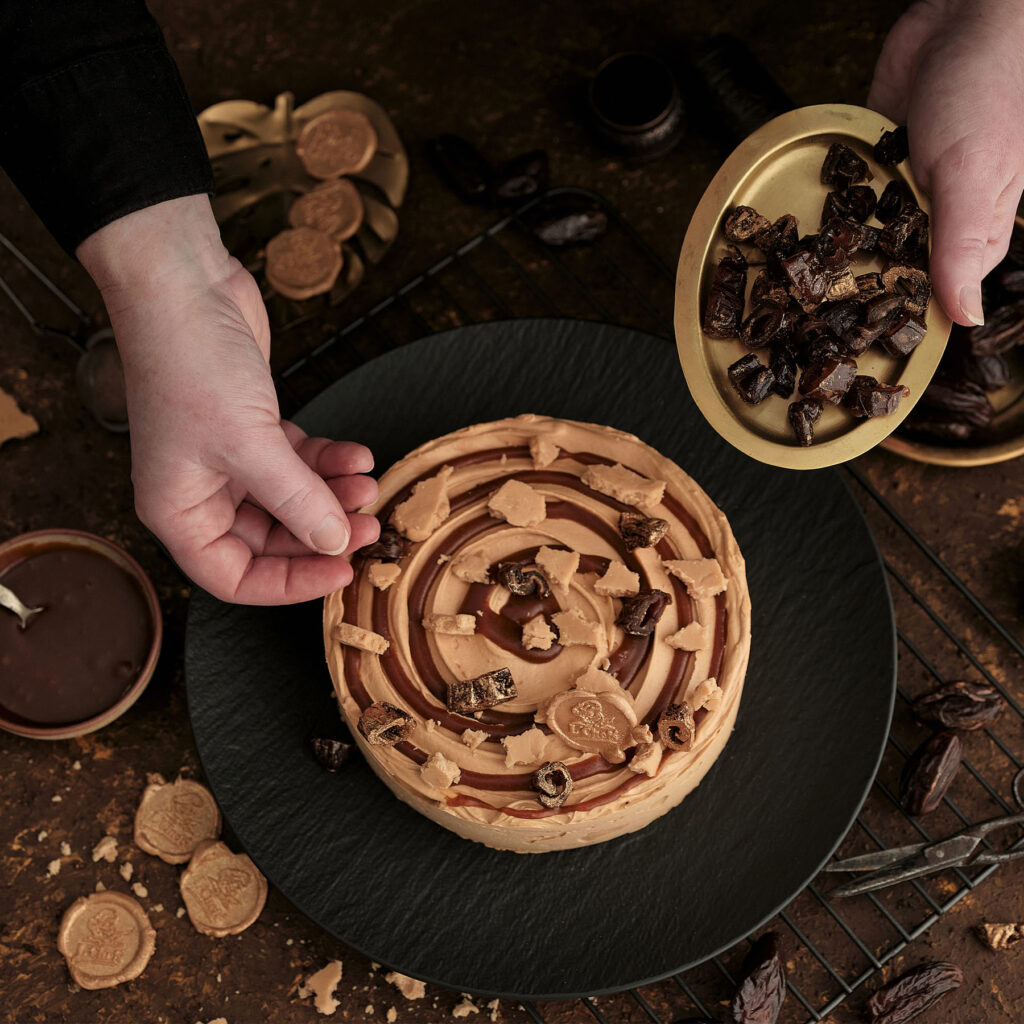 ,,Look for quality, discover our cakes with the L’Chefs seal,,

Why do we bake with

We spent years fine-tuning the plan to produce high-quality confectionery in our company.
Our visions are quite ambitious, so we needed to find one of the best confectioners in the country. The choice was clear, but we weren’t sure whether he’d find our project interesting in the long run.

It was at the very first meeting when we agreed that a modern confectionery, high quality traditional raw materials, and hand-made products designed down to the tiniest detail was the right way.

Josef Maršálek had won a number of prestigious awards, and he joined us enthusiastically, bringing with him a sweet bonus: contact with Zlatka Otavová, an experienced technologist and confectioner. They’ve become members of our L’Chefs team, ambassadors, guarantors of quality and taste, and joined our project of making excellent and modern cakes. 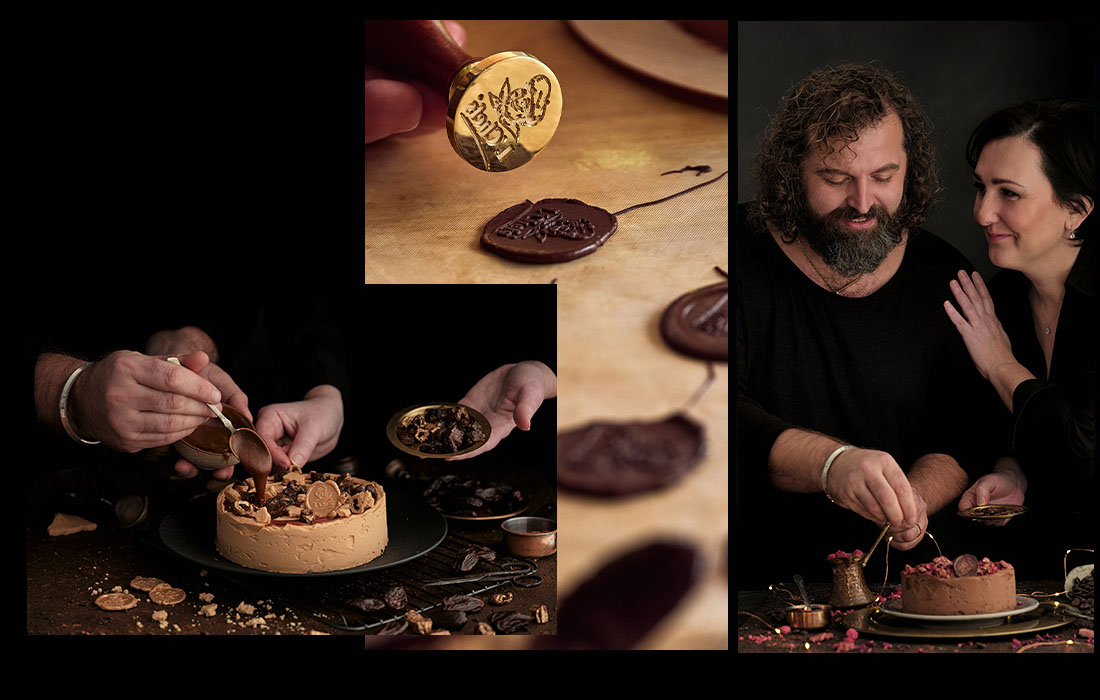 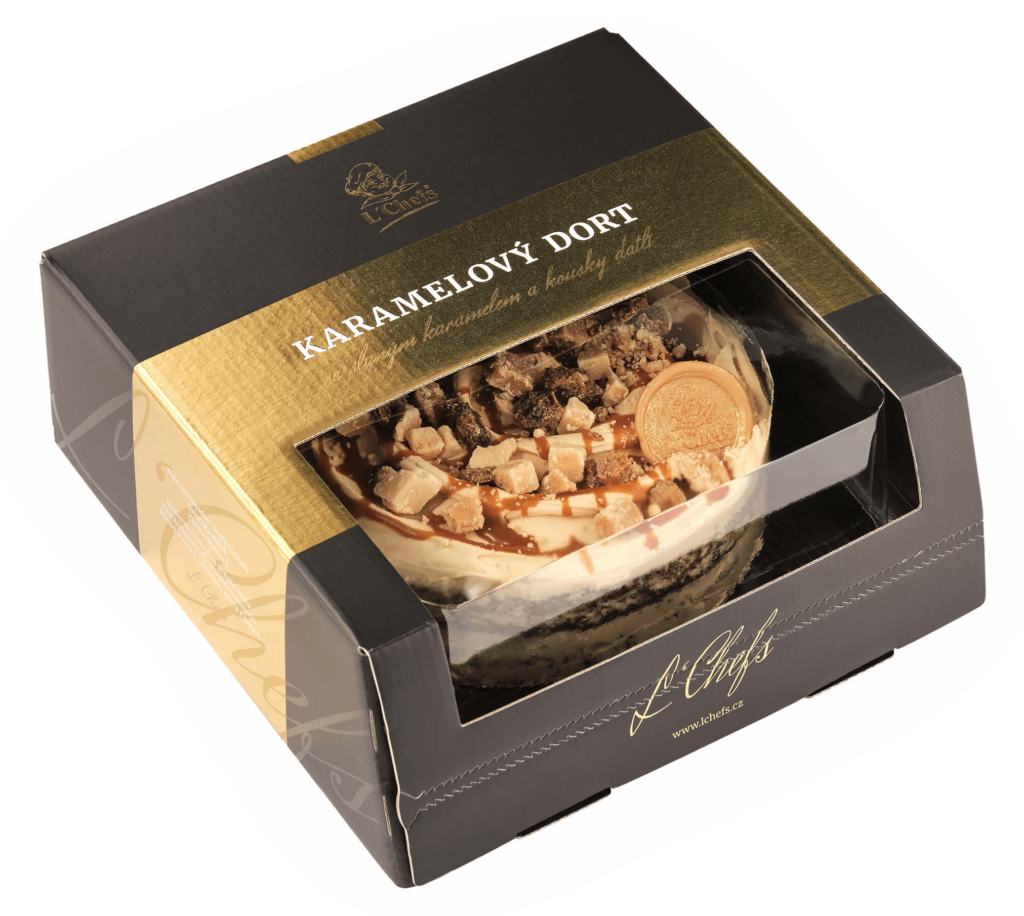 Caramel cake
with salt caramel and pieces of dates

Our experiences from travelling around the lands of One Thousand and One Nights led us to this sumptuous taste explosion. A light caramel base with pieces of dates is nicely combined with decadent buttery caramel cream, Gold chocolate, and a pinch of million-year-old Himalayan salt. Decorated with caramel sauce, crunchy caramel candies and dates in golden dust.

An extraordinary taste experience from the Orient which simply must be repeated! 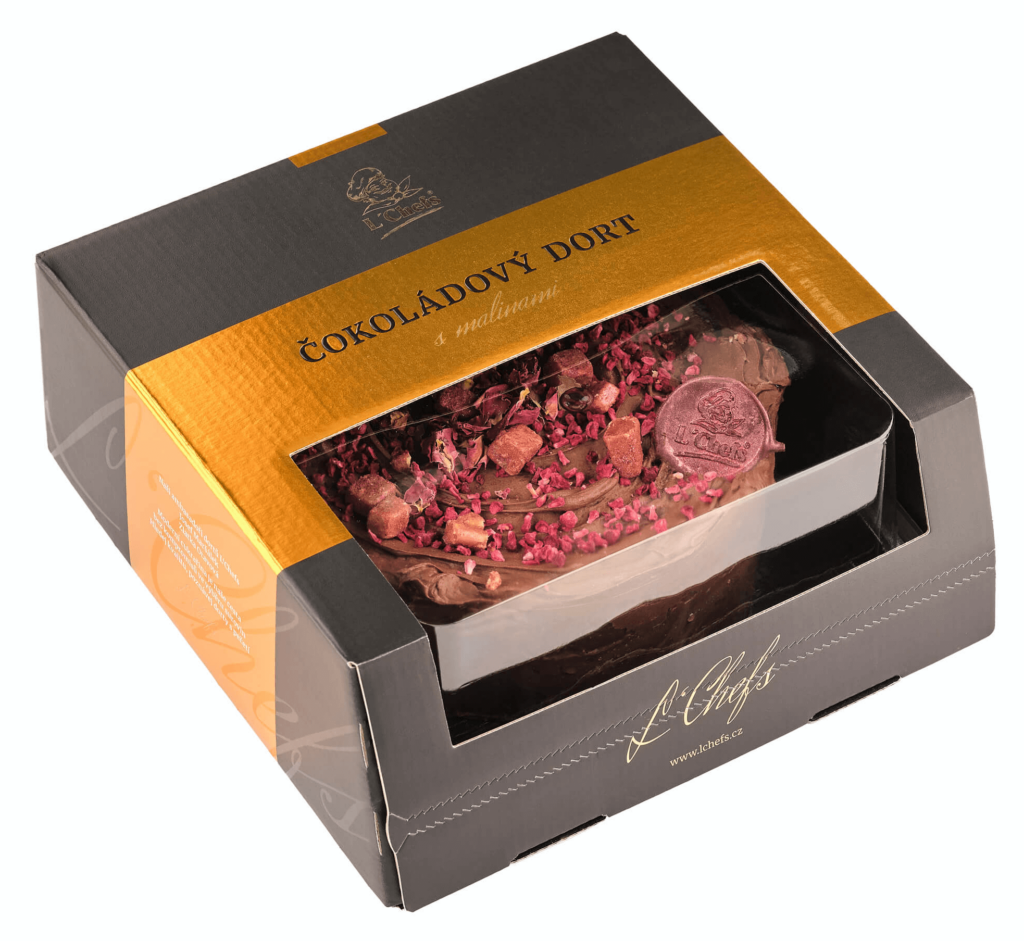 An irresistible French combination of a smooth chocolate base with rich butter chocolate cream made from 72% chocolate, grenadine perfume, and sweet-smelling raspberry jam with thin chocolate slices. The cake is adorned with dried raspberries, slices of aromatic Indian rose, and crunchy dark caramels in a decorative dust.

A luxurious taste experience, a must-have!

Who are our ambassadors and L’Chefs cakes quality guarantors? 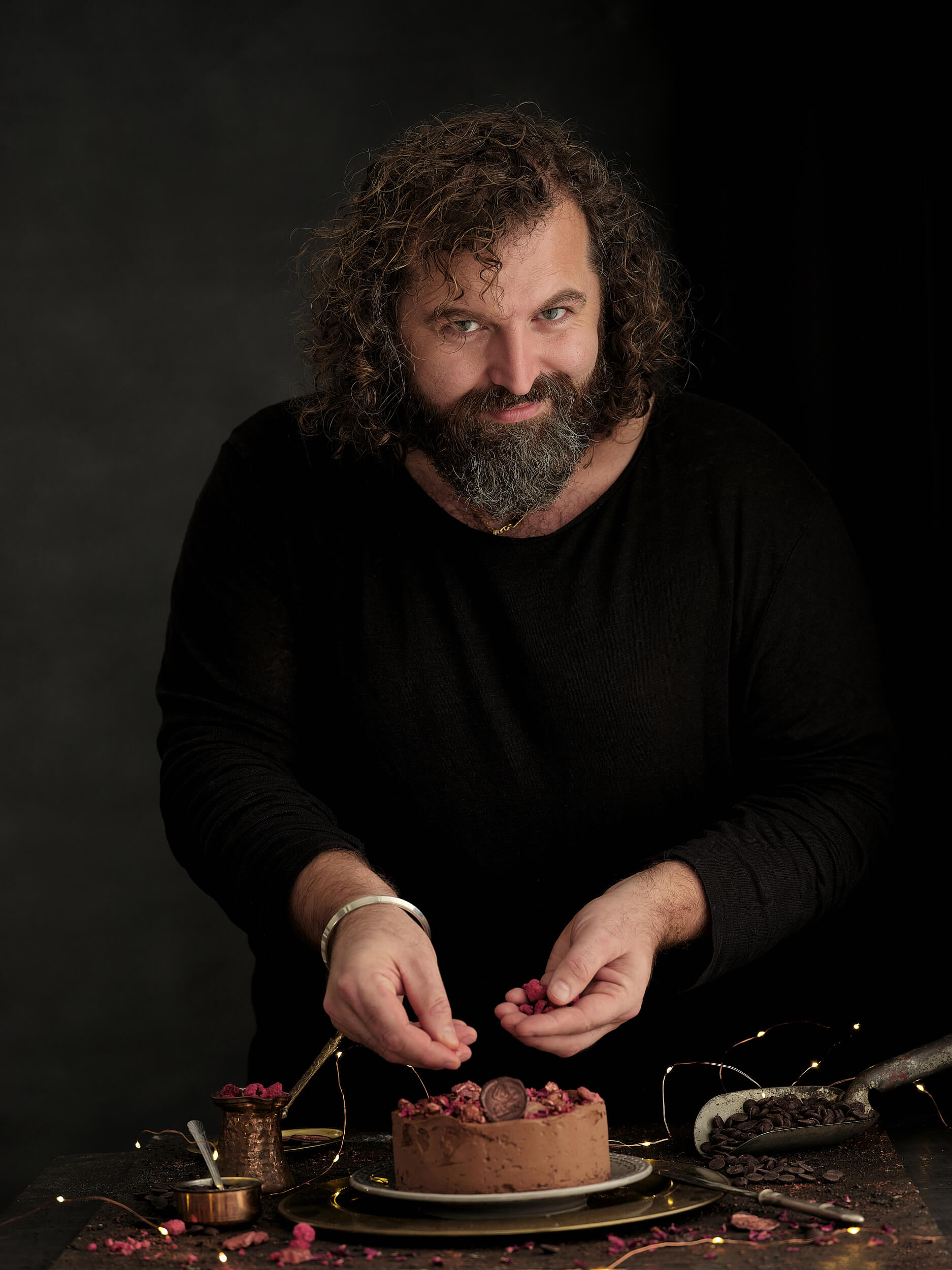 The life of Josef Maršálek is reminiscent of a fairy tale about a poor boy who becomes famous and finds happiness. His grandmas and aunts were tripping over him in the kitchen from a tender age as he dreamed of becoming a cake maker.

He attended grammar school at Hranice na Moravě, and then taught for a year at the Elementary Art School in Potštát. After the year of teaching, he went to Prague, where he worked as a confectioner and later as a job instructor in the custom-made confectionery owned by the parents of Patrik and Kristýna Schick. He obtained an apprenticeship certificate through distance learning, and began combined study at a hotel college, with the specialization Gastronomy, Hotels and Spas.
After the first year he travelled to Great Britain, where he worked his way up fast to the position of a five-star hotel chef at Bath Spa. He continued his studies, and participated in professional competitions.

And then he ended up in London, going all the way from Buckingham Palace and the House Of Lords to Tate Modern and finally to the most luxurious of all the departments store – Harrods, which belonged to Mohammed Al-Fayed. He quickly found his bearings, and stayed there for more than seven years – at the end he was the designer of confectionery trends for Harrods, Great Britain, and in fact the whole Europe. Hundreds of celebrities and the richest people on the planet were his clients. His deserts were ordered by royal families from around the world.

He continued to travel and grow professionally. He got his Ing degree, and set out for India to gather strength and prepare for what life had in store for him back in beautiful Prague. He did everything, from floor sweeping to coffee making, to the establishment and abandonment of Fat Brothers company, as well as being a juror on the best TV baking show ,,Peče celá Země“ (The Czech version of The Great British Bake off).
He lives in Southern Bohemia with his partner.

In his first book he tells the world his story, shares his experience, and inspires “lost souls” who are at a crossroads in life and do not know where to go. He has published books on confectionery that have become best-sellers:

Zlatka’s story, like Josef’s, is of the fairy tale kind. She’s made it from an “ordinary” confectioner to an expert recognized both at home and abroad in the field of the development of confectionery mixtures and new technological processes. 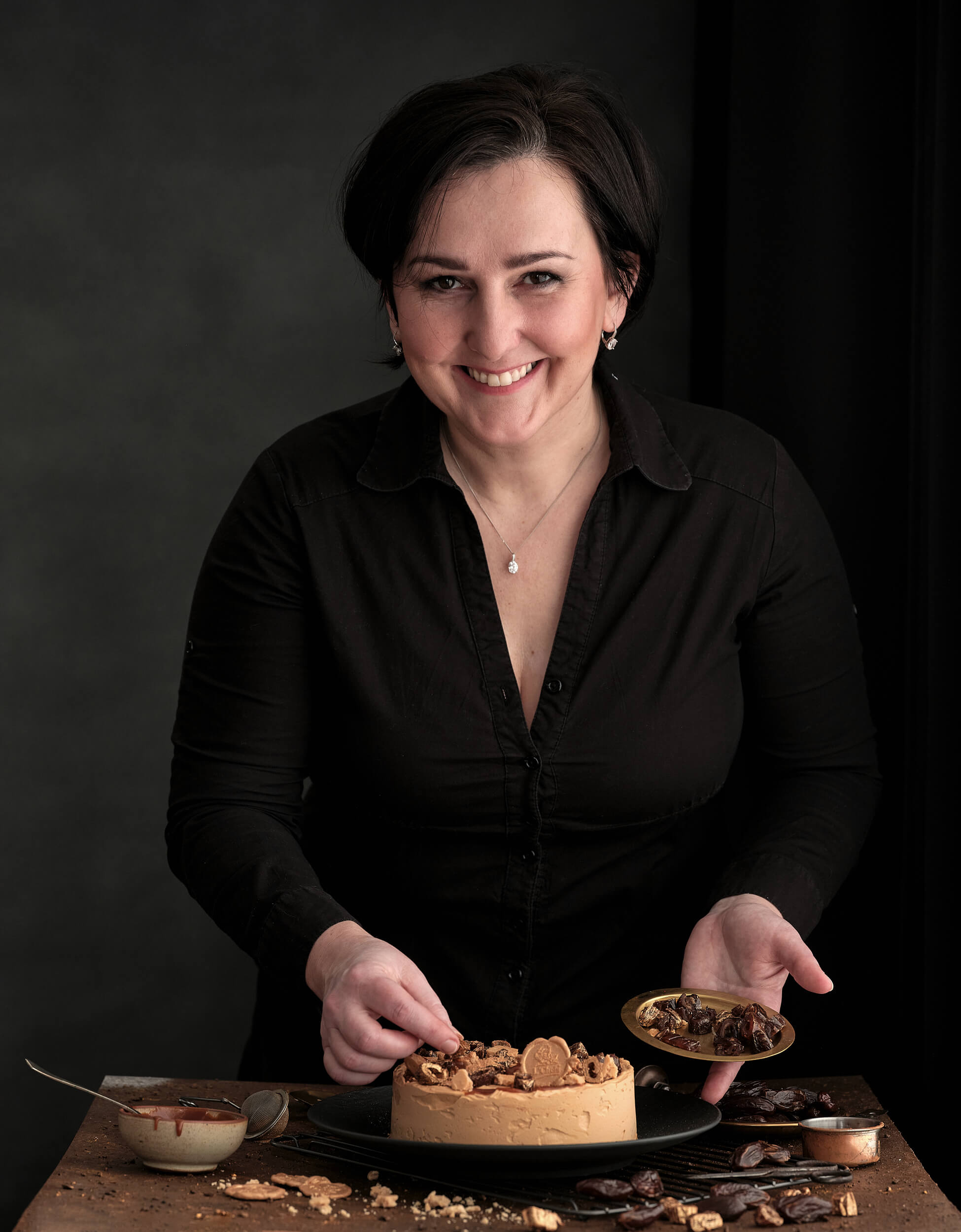 She develops custom-made procedures, helps to better organize operations, where thousands of cakes are made every day, or designs her own mixtures.

Her extraordinary journey started when she was six – she created her first sweet delicacy in an aluminium bowl, over a candle, in her grandma’s garden. When she was ten, she was making lollipops in her mom’s kitchen, and at fourteen she baked her first unmistakable cakes in the shapes of Formula 1 cars, trucks etc. She discovered creativity and a visionary approach in herself – back then customers could only dream about 3D cakes.

After her professional studies she found a place in an international corporation specializing in the production of materials for bakers and confectioners. She worked there as a process engineer, application technologist for export, and export manager. Her job was to develop confectionery recipes and mixtures, and she provided customers with technological services, such as the presentation of new products, the implementation of recipes in the manufacturing operations, training of employees in technological processes, or consultations and participation in solving production problems. She graduated from secondary school and began her studies at university. She left the corporate environment in 2016, and became a freelancer.

Zlatka has always preferred to remain in the background, letting her work speak for itself. Yet she is everything but a nameless unknown person. Her Raspberry heart cake became so popular in the German and Austrian markets that it was awarded “Product of the year”.
With the Royal vanilla cake, she won the contest for “Open door days” of Mercedes, and together with her colleagues she consequently had to make thousands of pieces for all the dealerships. And thousands have seen her creation on billboards, cars or in TV commercials

She was an invisible, yet most important face of the TV show Peče celá země, being responsible for everything from recipes, raw materials and equipment to the profiles of the contestants and their training in the work with the provided kitchen utensils.

Today she owns the company CAKEZO s.r.o., claiming it was founded only thanks to the fact that she listened carefully to her customers.

She’s developed the Perfect glaze chocolate mix product, newly under the name CHOCOIQ. The videos where she explains the use of this icing brought her more than 450 thousand fans on the Internet.

The most popular video has 50 million views, making her the most searched-for person of the week, and her name included in the database of celebrity birthdays famousbirthdays.com

Martin Klar – Owner of the Company